View Comments
Supernatural in the news this week.
Catching Up With Current and Former Cast Members
Lindsey McKeon (Tessa the Reaper) has a picture coming out on The Hallmark Channel

Adam Rose (Aaron Bass) is in a pilot for Amazon.

Carrie Genzel (Linda Berman, Just My Imagination / Lynda Bloome, Bugs) was on the radio this week

Carrie is also appearing in a movie on Up TV.

Shoshannah Stern at the Nyle DiMarco Foundation Kicks Off Love And Language Campaign at the Sofitel
Travis Aaron Wade (Cole) is preparing for a new movie The Last Full Measure.

DJ Qualls (Garth) will keep working. His show Z Nation has been renewed for another season.

Lauren Cohan (Bela Talbot) made an appearance on The Late Show With Stephen Colbert
Tim Omundson (Cain) has been added to the Covers With Friends Release Party.

Of course we gave the bearded one an invite! & stoked2 welcome @Omundson him to the show! Other amazing guests soon! https://t.co/mVGGEEANXy https://t.co/k5xSMnIMBx 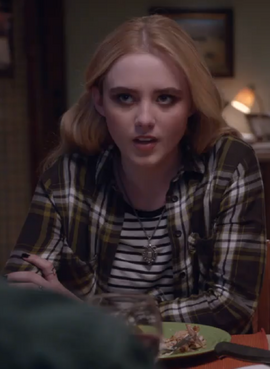 Colin Lawrence (Dr. Gregory Marion - Keep Calm and Carry on / Reggie Hull - Free To Be You and Me / Jason - Faith) also shared the trailer for the new production of Bridges, which he stars in.

Two more episodes of @DirkGentlyBBCA to go before it releases on Netflix worldwide! See you all next week! ?#DirkGently

Osric was also interviews by Geeking Out About It in Thirsty for Representation: Osric Chau on TV and Diversity — thenerdsofcolor.
Kim Rhodes (Jodie Mills) just finished cosplaying Furiosa. Stardust and Memories caught it all and has published the gallery of her in  the role.

Gallery is up with photos of @kimrhodes4real as Furiosa. Such an amazing experience so proud of how it turned out <3 https://t.co/SZWaxGzajz

Jeffrey Dean Morgan (John Winchester) has been making the rounds this week. He told Uproxx that he is Getting Very Weird Mail From Female ‘Walking Dead’ Fans.
Jeff also stopped by Live With Kelly (thanks all-spn livejournal for the tip.
CBS will be running a segment on GISHWHES this Sunday
Jared Padalecki made CelebMix's list of 25 Phenomenal Christmas Song Covers: Jared Padalecki, Tyler Joseph, and More.
Enstarz reported 'Supernatural’ Actors Jared Padalecki and Genevieve Cortese Magical Romance: Couple Going Strong After 6 Years [VIDEO].
Mstarsnews chimed in with 'Supernatural' Actors Jared Padelecki, Genevieve Cortese remain in love with baby 3 on the way .
Louden Swain, Station Breaks and Kings of Con, all things Rob Benedict with a splash of Richard Speight, Jr.
Louden Swain released the next song from their new album.

The Station Breaks are releasing a CD of their music.

Guess what? New @StationBreaks CD that's what!! Get yours at our CD release party Dec 19! Tix here: https://t.co/qrE6iIZcj5 pic.twitter.com/1YUefHCJWq

Hit 'Next" for more news.

Robbie Thompson continues to shine in the comic world

My variant cover (w/@whoajordie colours) for DOCTOR STRANGE AND THE SORCERERS SUPREME #3 pic.twitter.com/hmDCbqRjWr

Start to understand Nina as @rthompson1138 prepares for the future of Doctor Strange & the Sorcerers Supreme: https://t.co/hXRuCgPwLR pic.twitter.com/WFl1vC4UaL

Now available in stores, the second (and last!) TPB for #VenomSpaceKnight -- grab one (all of them) today: pic.twitter.com/8lttQ1GoZ8

Robbie is not alone in having success in comics. Adam Glass is putting out well received series.

The upcoming 2nd series of ROUGH RIDERS by @AdamGlass44 & Pat Olliffe is getting a new name: ROUGH RIDERS: RIDERS ON THE STORM! #ncbd #comic pic.twitter.com/IzIChlpevm With the big superhero crossover this week, we found out that Smallville & Supernatural Almost Had a Crossover of Their Very Own
Also covered by
Uproxx,
Cinema Blend
Comicbook.com.
Hidden Remote includes Supernatural as a show that should be in several Television Crossover Events We’d Love to See.
Buddy TV tells us
4 'Supernatural' Spin-Off Ideas: Witches, Nazis, Hunters and Bobby and
3 Reasons We'll Miss the Vince Vincente Version of Lucifer on 'Supernatural'
Convention Appearences and Reports
Samantha Ferris (Ellen Harvelle) and Steven Williams (Rufus) will be guests at Dutch Comic Con for our fans in the Netherlands.

Jus In Bello Conv (May 2017) has added two more guests